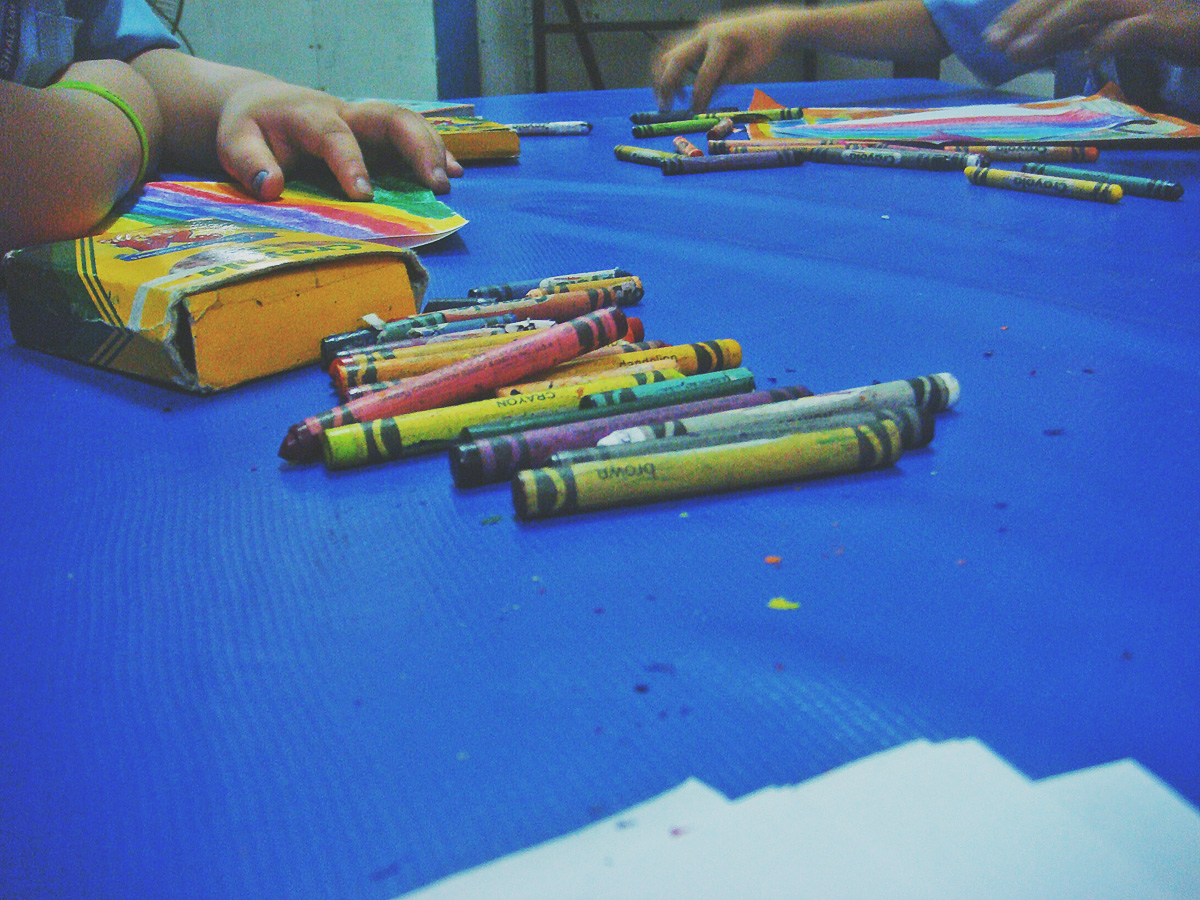 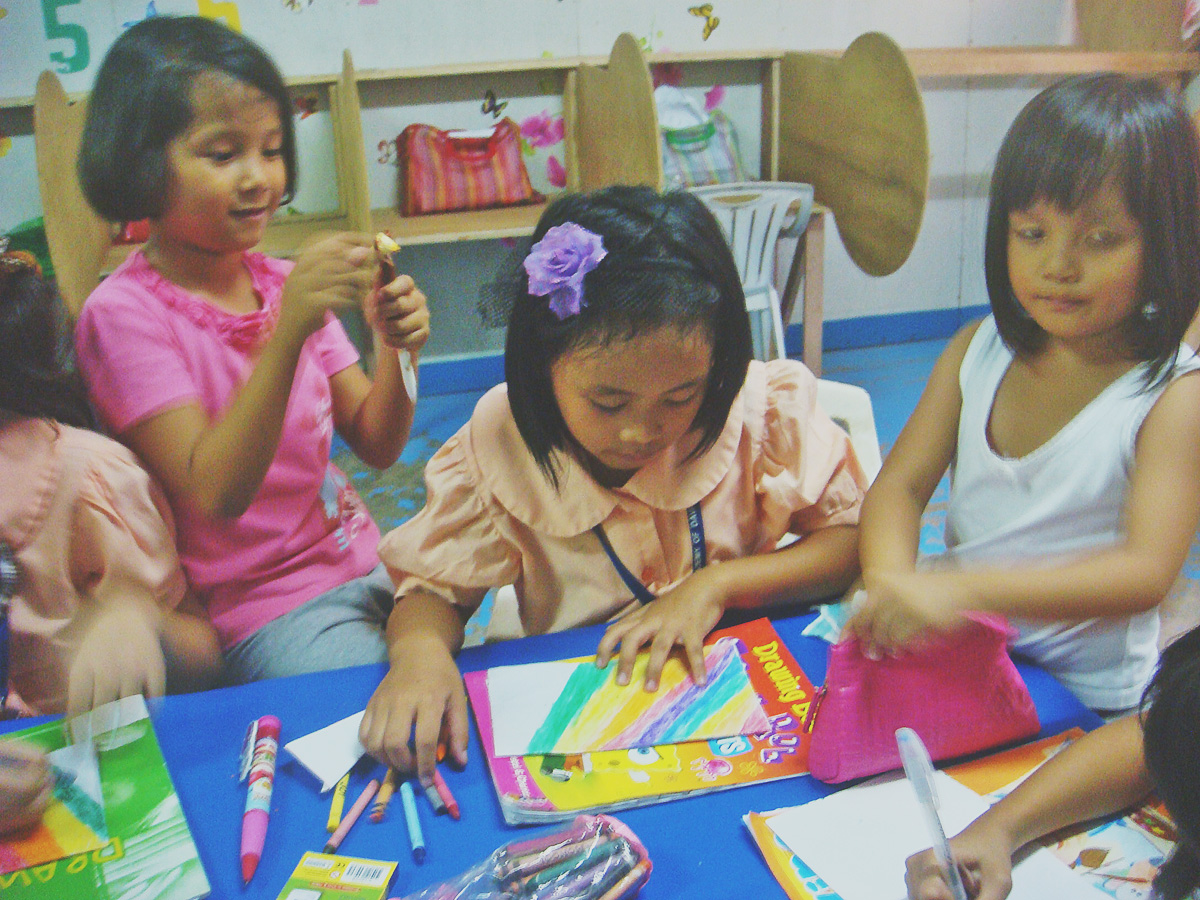 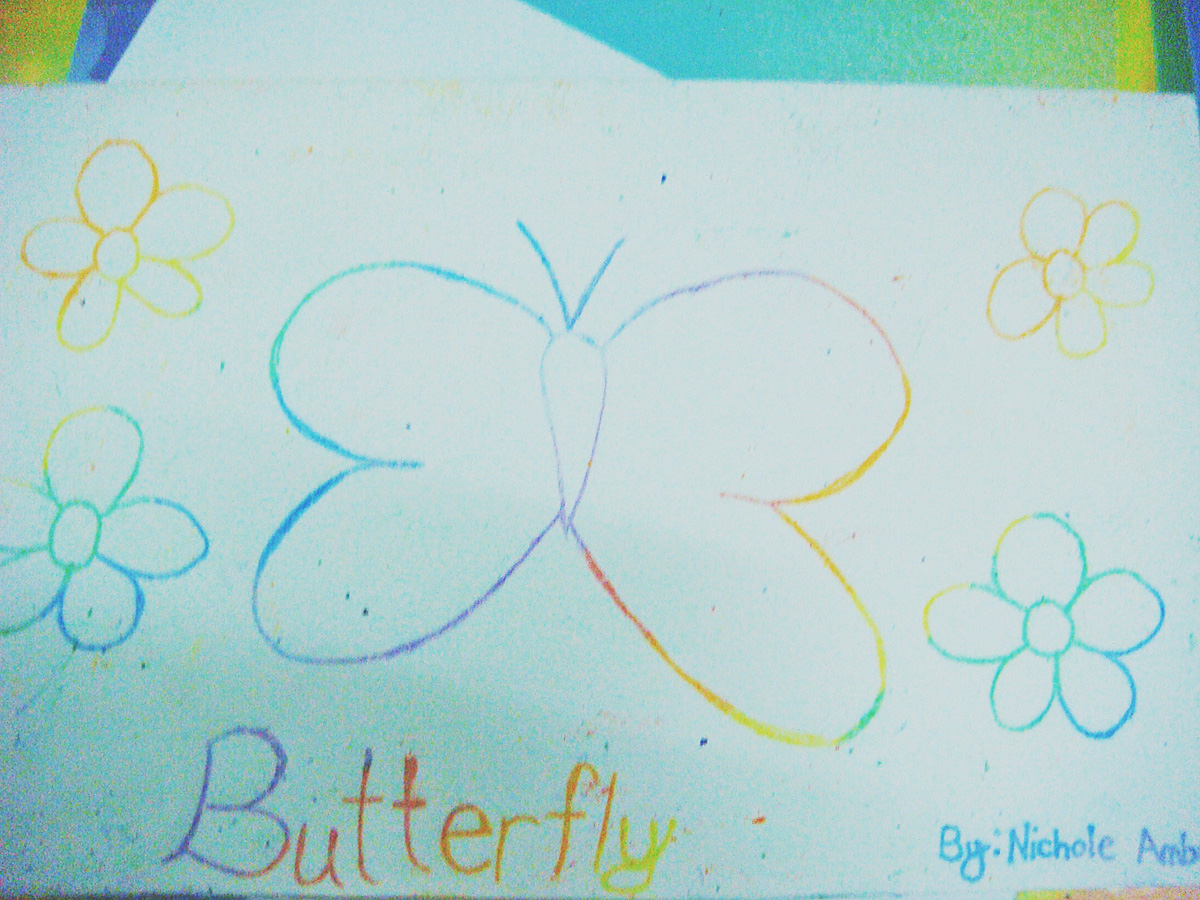 It was a Tuesday, I had unbearable classes and I had never ending projects to be submitted. Finals were coming and I had pressure from everywhere. I had to keep up with my line of 8 grades for me not to be under probation… again.

But I had time to spare. I needed to relax well and feel everything in a lighter weight. That’s why I gave into my friend, Katrin’s request that I teach children from the school she’s working for. I said yes because I wanted to be a teacher before, and I wanted to make a mark in children’s minds and hearts, and wrists – for written stars. 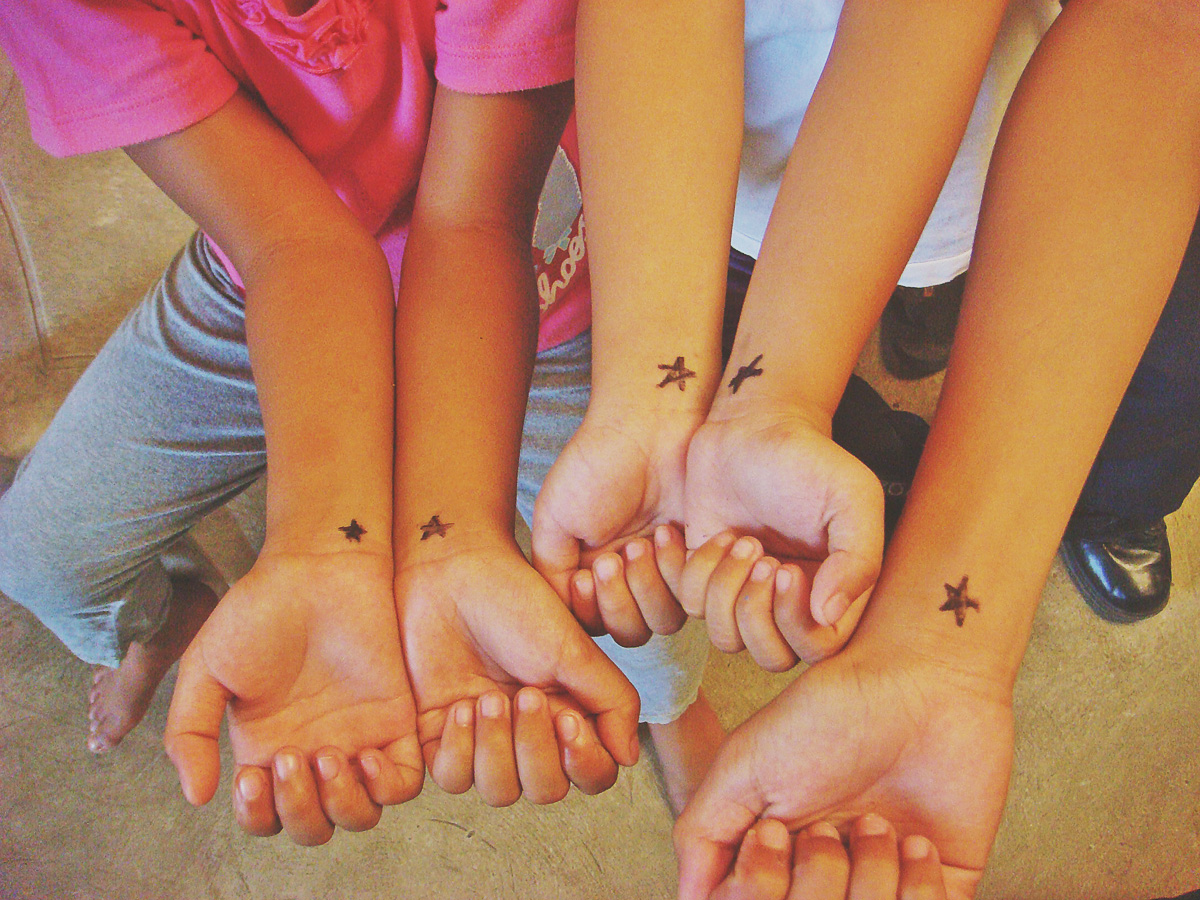 I arrived there late, of course. When I went inside the room, I was surprised because I expected 20+ children waiting for me. But there were only a few, starting their little art project with teacher Katrin guiding them.

I had this little art project using only paper and crayons. I told Katrin to tell the children to fold the paper in half, and color the first side, and then draw something in the opposite side, having the drawing in different shades and colors. Go figure. 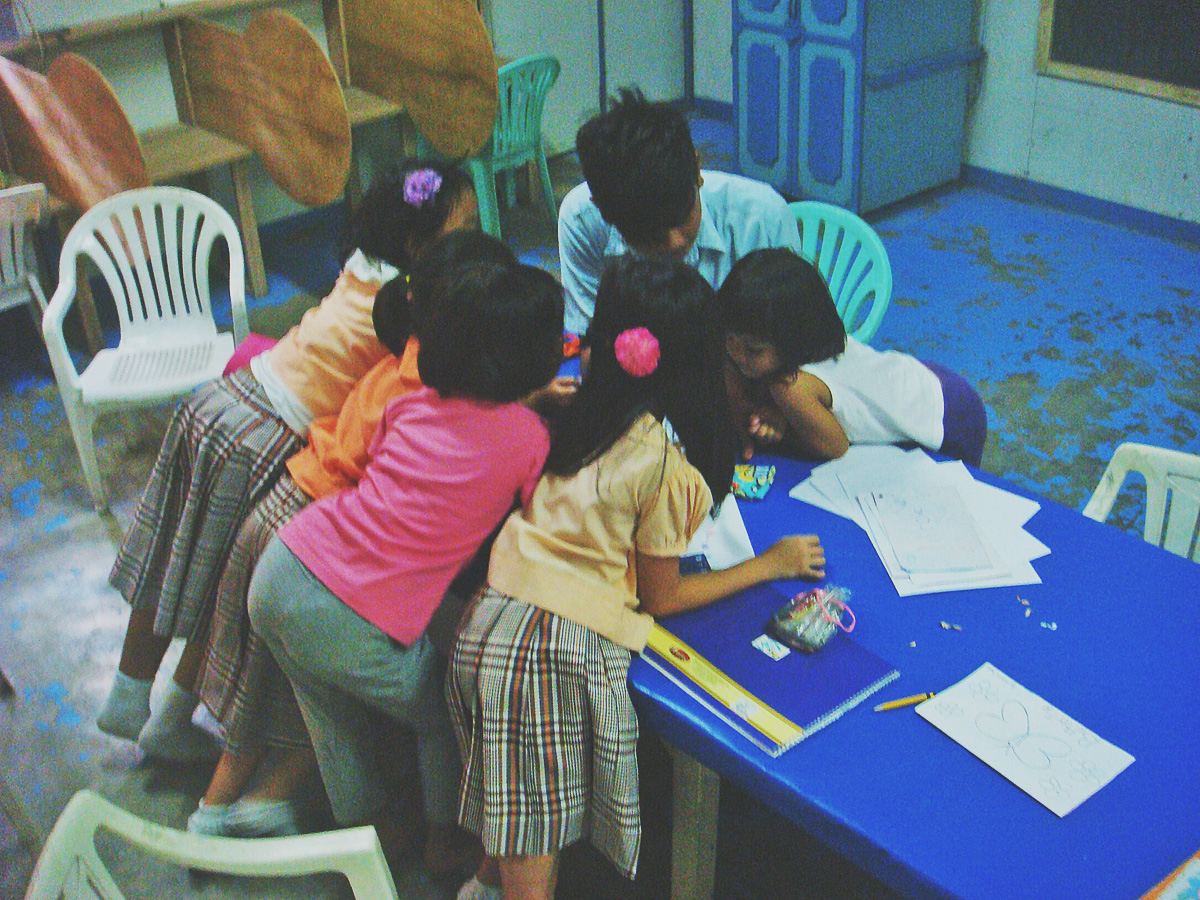 I taught two batches, the first batch was filled with children aged 8-10 and the second was 10-12. There were grade school children, and I never knew if ever I had the patience to teach makulit set of children. But I surpassed the patience test and I gave them little stars in their wrists using the pentel pen I brought. 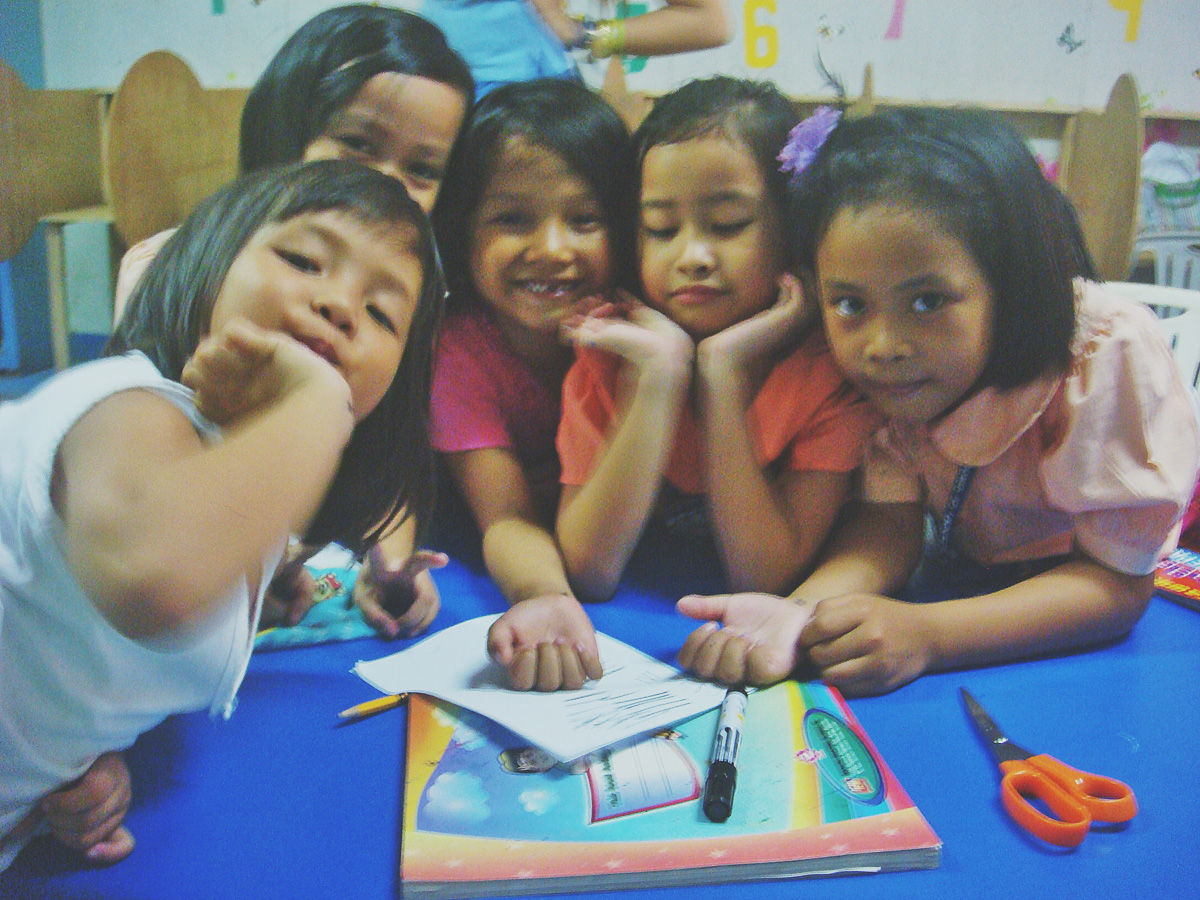 I did not give any talks and all, I just observed them and how life goes on in a little school with much intimate communication with teachers and classmates. I kind of had the same experience, going to school in the same education system. The school centered God, and they did not have much complicated technologies.

It was different from the grade schoolers from the expensive and elite schools. The environment was simple, the classmates did not have expensive gadgets. The children embraced education and simplicity. And I could really see that they enjoyed childhood. Although they had Facebook and Twitter and all the other social networking sites, they still played the games that the traditional Filipino children played. I joined them play piko during their 15 minute break. 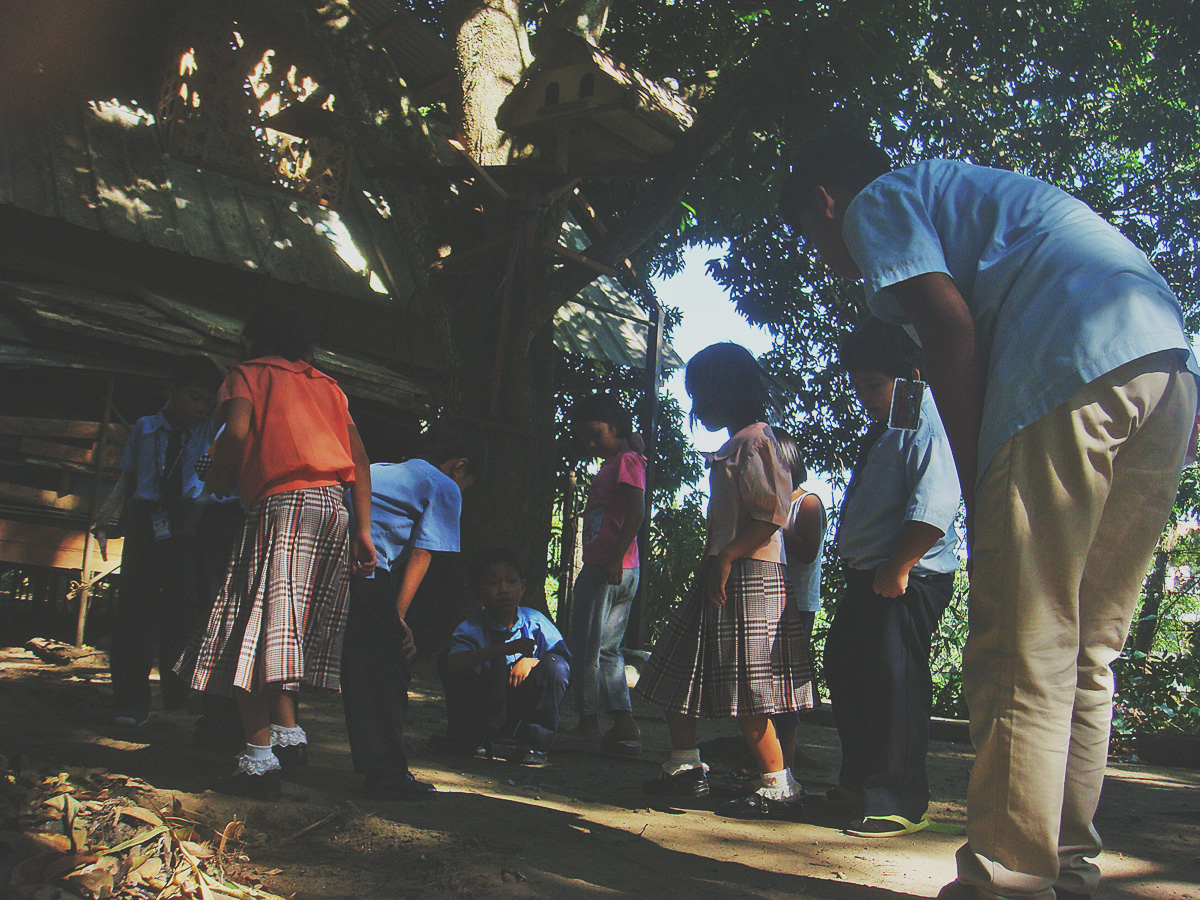 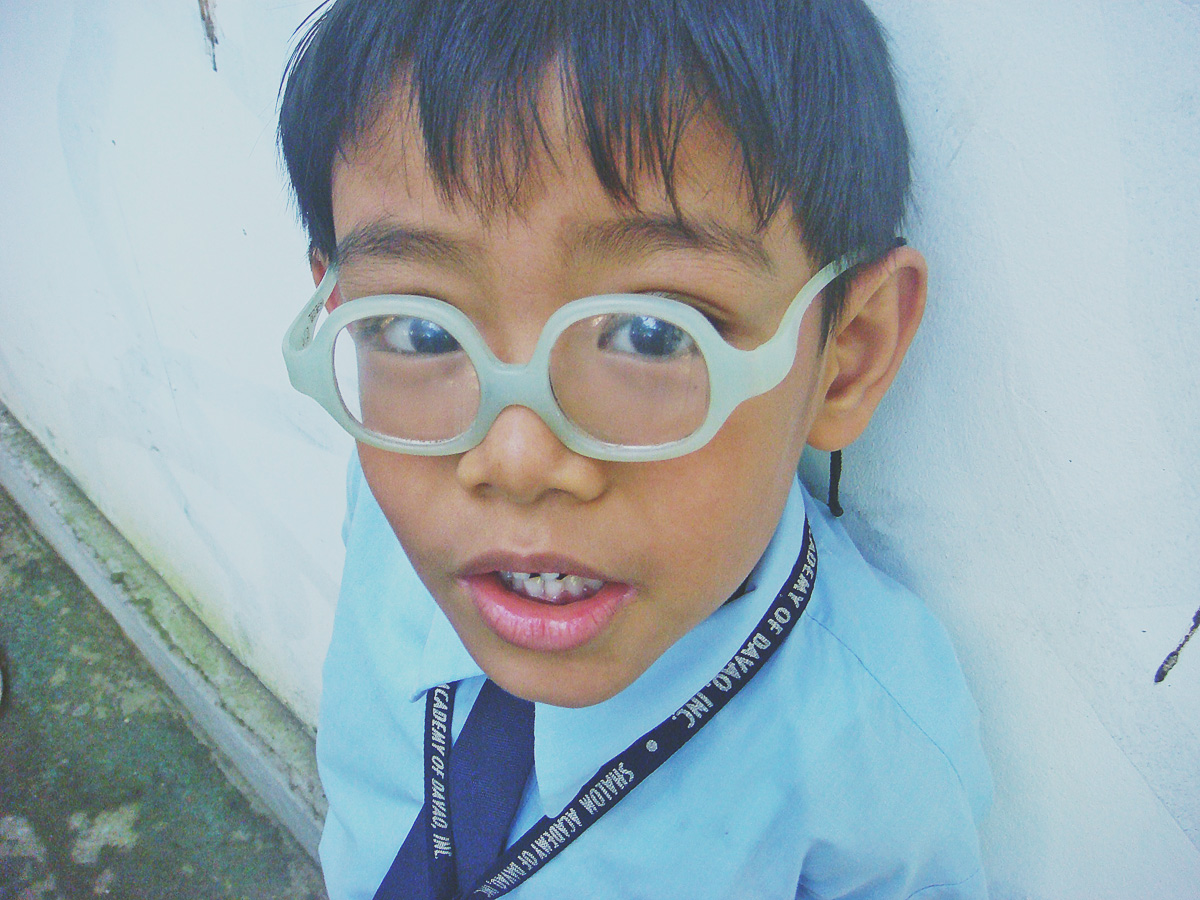 They were so thankful for the stars I wrote on their wrists. But the day had to end and the children prayed and said goodbye. Instead of goodbye, as in the literal goodbye word, they used Shalom!

I wondered again, what shalom meant. Shalom is a Hebrew word used to both greet people and to bid them farewell, and it means much more than “peace, hello or goodbye”.

I said shalom back, and gave a smile that I also kept for a good day because I taught children that might be successful someday. 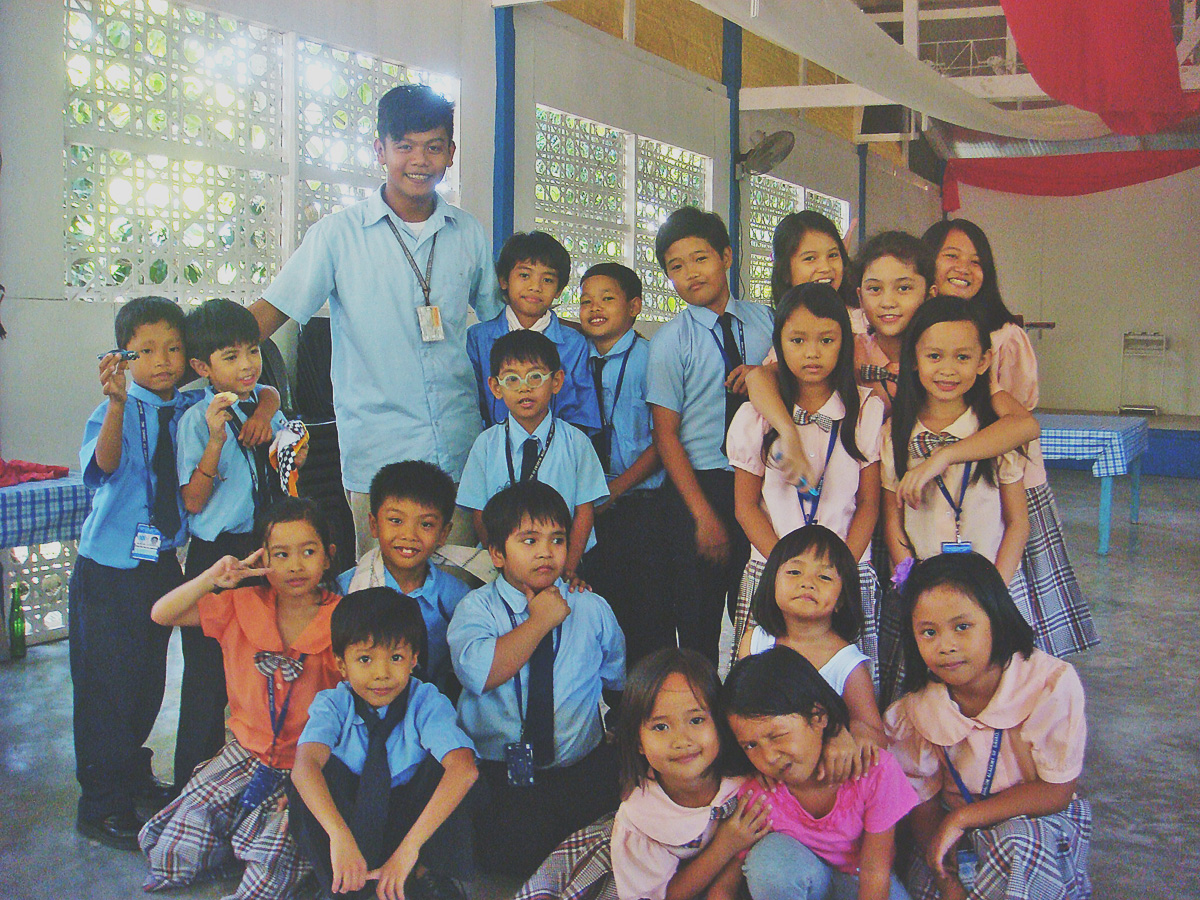